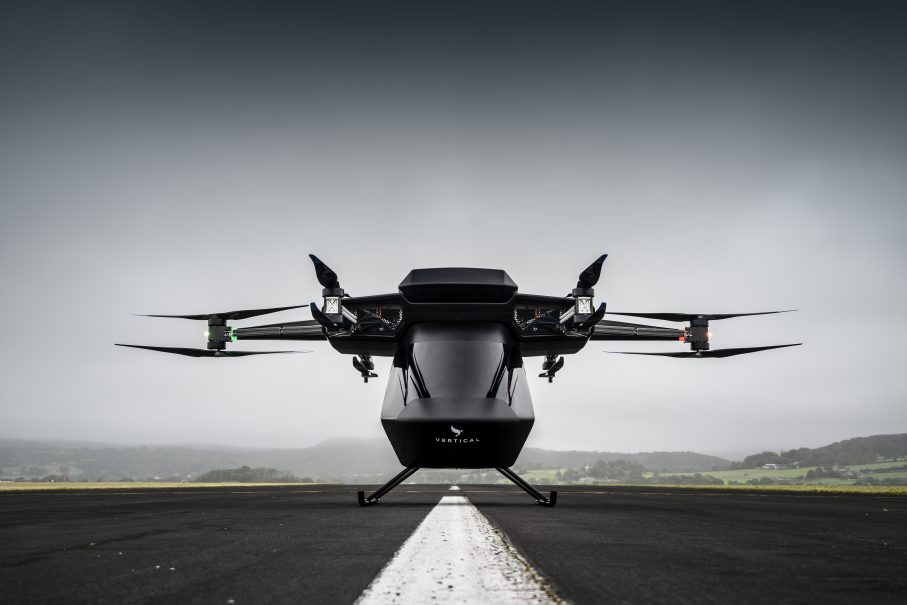 Bristol-based startup Vertical Aerospace has revealed flight footage of an electric vertical take off and landing aircraft (eVTOL) capable of carrying loads of up to 250kg – the first company in the world to do so. The prototype, named VA-X2, completed its maiden flight at Llanbedr Airfield in Wales on August 22. It follows the successful flight of Vertical Aerospace’s first full-scale prototype in May 2018, the UK’s first eVTOL aircraft to be granted flight permission by the Civil Aviation Authority (CAA). Vertical Aerospace is working closely with global aviation regulators, including EASA, to achieve certification for commercial flight.

The VA-X2 was built to test new technologies and systems for integration into Vertical Aerospace’s upcoming passenger model, due to be unveiled next year. The aircraft is capable of carrying loads of up to 250kg and can reach speeds of up to 80km per hour. It features a unique passive cooling system and a customisable design, meaning the aircraft can be made larger or smaller, fitted with wheels or floats to facilitate water landings. With the Seraph, Vertical Aerospace’s team have developed concepts from their first aircraft and built in capabilities which will be critical for eVTOL aircraft seeking certification from aviation authorities.

“Today is another major milestone on the path towards carbon free flight. One year ago, we flew a full scale electric VTOL aircraft, the UK’s first. Today, we’re revealing flight footage of our second full scale prototype, the VA-X2, an air taxi prototype capable of carrying 250kg. Air travel is one of the worst contributors to climate change and among the slowest sectors to decarbonise. Our mission at Vertical Aerospace is to make personal, on demand and carbon free flight a reality.”

The successful test flight comes as Vertical Aerospace announces the acquisition of MGI, an F1 engineering consultancy led by British motorsport veteran Mike Gascoyne. Gascoyne and his team of 20 specialists will form Vertical Advanced Engineering, bringing the total Vertical team to more than 70.

Gascoyne’s team bring decades of experience building high performance vehicles for Formula 1 and Formula E, having worked with international racing teams including Williams, McLaren, Tyrell, Benetton, Renault and Lotus. They will apply the latest technologies and agile processes from F1 to the development of eVTOL aircraft, including for example, best practice in building fast, light-weight composite structures. The acquisition will allow Vertical Aerospace to accelerate the development of its eVTOL technology, bringing superior certified aircraft to market more quickly.

“We have long believed that the technologies and approaches from Formula 1 could be applied to a range of engineering challenges. Vertical Aerospace’s vision provides a fantastic outlet for our experience and a unique opportunity to shape the future of flight.”

“Joining the Vertical team will allow us to work on cutting edge engineering programs while continuing to provide world-class consultancy services to the wider engineering community.”

Working closely with global aviation regulators, including EASA, Vertical Aerospace will begin with piloted air taxi services on city-to-city routes. Over time, as the technology and regulatory framework develops, it will expand the number of chartered routes served, introduce elements of autonomy, and ultimately, make completely on-demand air taxis a reality. The company has already begun the certification process for its next model, a passenger aircraft due to be unveiled next year.