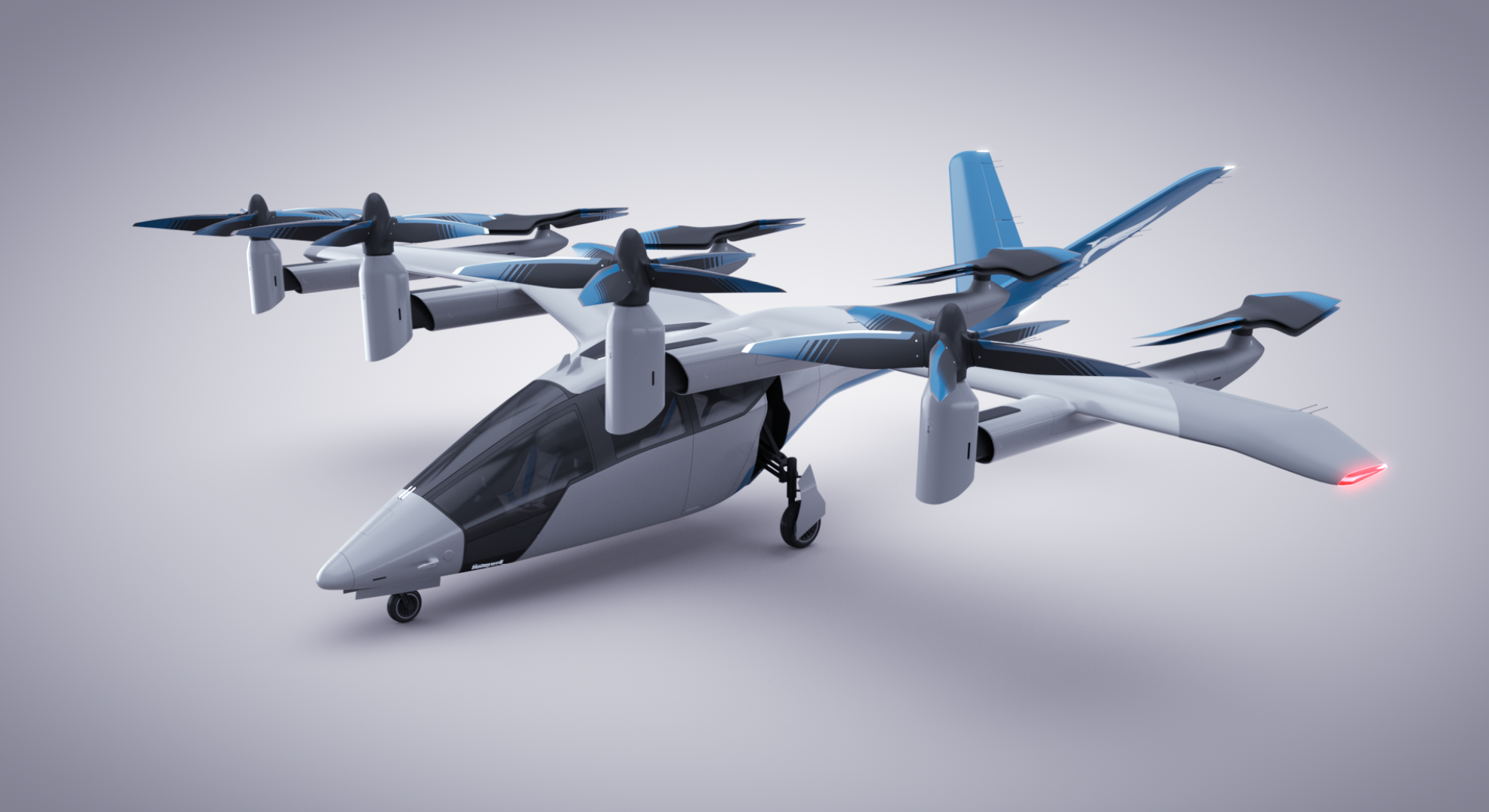 Capable of carrying up to five people (four passengers and a pilot), the VA-1X is set to be the world’s first certified winged all-electric Vertical Take-Off and Landing (eVTOL) aircraft, and is on course to start commercial flights in 2024. Build will begin shortly, with manufacturing taking place in the UK.

VA-1X will boast cruise speeds of 150 mph with a useable range of up to 100 miles, meaning passengers could travel from London to Brighton in approximately half an hour, compared to two hours driving, or an hour by train. The aircraft will bypass road congestion, and will be certified to the same safety standards as commercial airlines. Its eVTOL technology ensures the VA-1X will be completely emission-free.

Vertical Aerospace’s ultimate aim is to make the VA-1X significantly cheaper than helicopter flights, removing one of the major barriers to environmentally friendly air travel. Prices for air taxi services are initially expected to be between a helicopter flight and a private car, and will decrease as adoption grows.

World-class companies are participating in the initiative.  These include Honeywell, which is supplying flight controls and control laws, and has signed a letter of intent to provide a vehicle management system for the prototype.

Additional features will include reduce noise pollution – 30x quieter than a helicopter thanks to the VA-1X’s distributed propulsion system, a 15-meter wingspan, 13 meters in length, ensuring it can take off and land from existing helipads, a fly-by-wire flight control systems to make aircraft simple to fly, while its simple design optimises safety, efficient aerodynamics, enabling it to fly with far less energy and power than a helicopter, a payload capacity of 450kg, EASA-certified design and is powered by Lithium-ion batteries.

As demand for sustainable travel surges, eVTOL technology has gained rapid momentum, with the autonomous aircraft market predicted to reach $1.5 trillion by 2040 according to findings from Morgan Stanley Research. Since its creation in 2016 by OVO Founder, Stephen Fitzpatrick, Vertical Aerospace has quickly established itself as a leader in eVTOL technology. It is one of only seven companies in the world to have successfully flown multiple full-scale eVTOL prototypes, undertaking two trials with UK Civil Aviation Authority approval, and is the first company to introduce F1 technology to eVTOL aircraft.

The combination of F1’s pace and agility with aerospace rigour and discipline is central to the company’s vision, with Vertical Aerospace establishing bases in Bristol, one of the top three aerospace hubs in the world, and in the F1 cluster in Oxfordshire.

“eVTOL technology will revolutionise travel, combining the safety of commercial airlines with the disruptive environmental and cost benefits of the electrification of flight” said Michael Cervenka, CEO, Vertical Aerospace. “With the launch of the VA-1X, we’re proud to be taking eVTOL one step closer to mass-market adoption, and supporting the next era of aviation. At Vertical Aerospace we believe that people should be able to quickly and affordably get from A to B without sacrificing the planet – with the VA-1X, this vision will start to be realised in under five years.”

“We are proud to be contributing to Vertical Aerospace’s aircraft. The VA-1X is a beautiful vehicle and an important technical milestone for the urban air mobility industry,” added Stephane Fymat, Honeywell’s Vice President and General Manager of Urban Air Mobility and Unmanned Aerial Systems. “Honeywell is honoured to be working with Vertical to enable this major advancement with our compact fly-by-wire and UAM-optimised flight deck technologies.”